Mesa Falls flows over a Tuff, which is the rock over which it cascades. The Tuff, was formed 1.3 million years ago. Between approximately 200,000 and 600,000 years ago, the river eroded a wide canyon which was subsequently partly filled with basalt lava flows. The Henry's Fork of the Snake River then carved the channel through the basalt; which is the inner canyon seen today.

Upper Mesa Falls is roughly 114 feet high and 200 feet wide. The Henry's Fork of the Snake River flows creates a great amount of noise and misty spray. Its a spectacular sight even in late summer when the water levels are at their lowest.

The river flows through a large, steep-walled volcanic canyon, The canyon, with the river in the bottom, is over 1,000 feet deep in some places. It carries massive amounts of water though it is not directly fed only by snowmelt from mountain streams; most of its water originates 45 miles upstream at a place called Big Springs where 120 million gallons of 52°F water per day seemingly magically appears from the ground. The spring is in the top 40 on earth by volume. 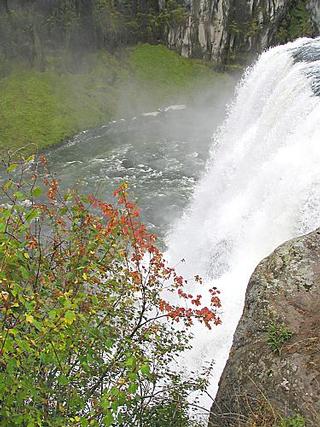 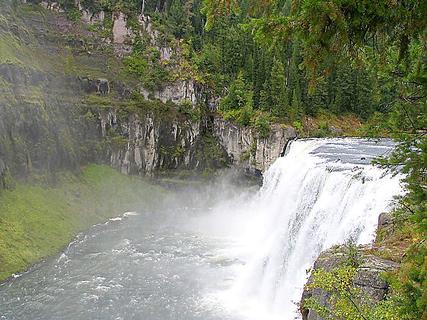 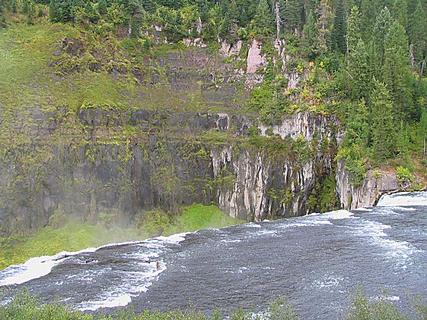 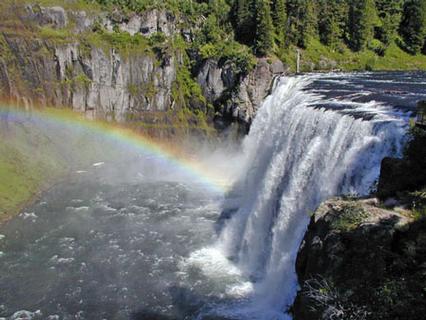 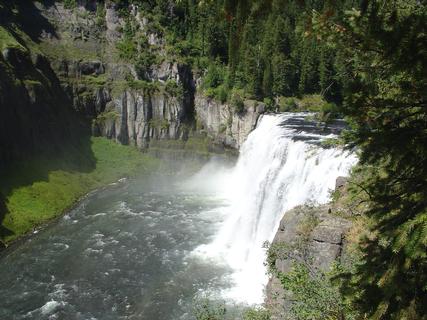 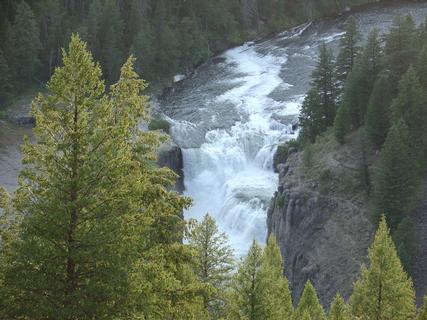 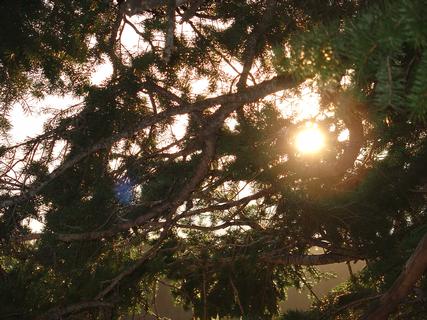 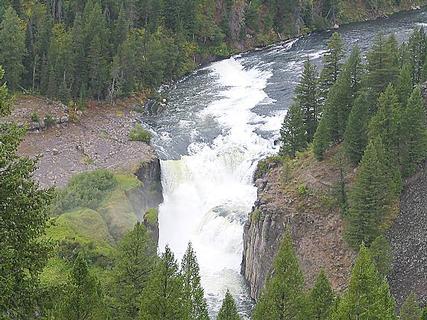