The North Menan Butte is to the West of Rexburg and is an inactive, sleeping volcano. Its also called "R-Mountain" because there is a large "R" letter on the East side. The "R" is now for Rexburg but originally stood for Ricks' College which later became Brigham Young University - Idaho (BYU-I). Students used to climb up and paint it each year as a way to show pride in their school. Most letters like this are no longer allowed on mountainsides but the ones still around are fun to see.

This Butte is over 10,000 years old and is one of the world's largest volcanic tuff cones. A tuff cone is a formed by the interaction of basaltic magma and water which occurred long ago. The butte rises about 800 feet (250 m) above the surrounding Snake River plain and is late Pleistocene in age (now that's an interesting word! The Butte is public ground and has been designated as a National Natural Landmark and a Research Natural Area by the United States Congress. The U.S. Bureau of Land Management designated the North Butte as an Area of Critical Environmental Concern (ACEC).

The eruptions that formed the Menan Butte were unusual and rare because they occurred through cold water of the Henry’s Fork of the Snake River. These are the only volcanic eruptions that occurred in the United States in fresh water. An abandoned river channel west of North Menan Butte indicates that the Snake River actually flowed where the North Butte now stands and at this time the river probably contained much more water than it does today. The violent eruptions of the Buttes blocked the flow of the river and forced it to the south. Because of the sudden chilling that occurred when the molten magma came in contact with the cold water in the river, no molten lava flowed out. Instead, the sudden chilling changed the molten magma into small fragments of glass called tachylite, which were cemented together to form the volcanic rock known as tuff. The Menan Buttes are truly glass mountains, being made of small fragments of solid glass formed by the sudden chilling of the magma. The glass is of olivine basalt composition, which lends to the dark color of the tuff. Some deposit layers preserve indentations, designated as “bomb sags”, made as larger pyroclastic particles landed on soft layers of tuff or the side walls of the volcano.

Click here to learn more about how this volcano was created.

There is a trail up the east side of the volcano if you want to take a hike to the top. Be sure to wear sunscreen, take water and watch out for Rattlesnakes! 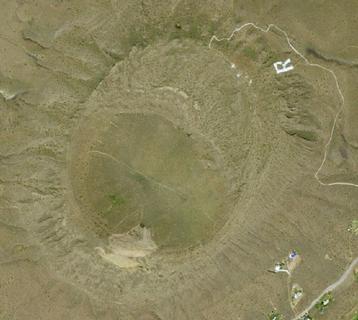 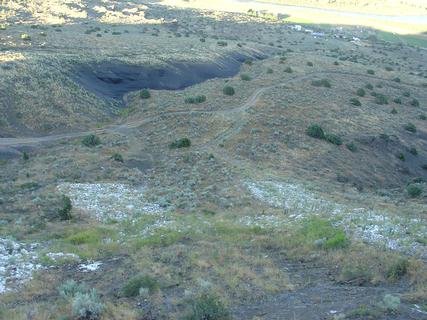 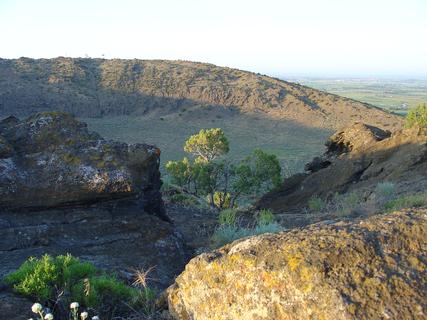 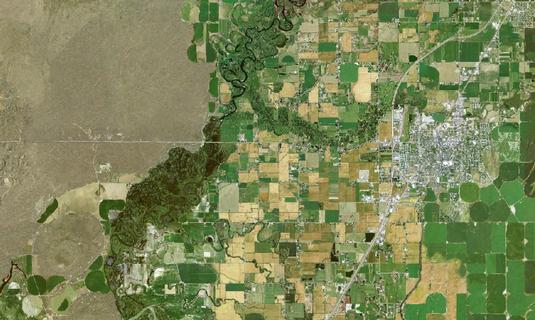 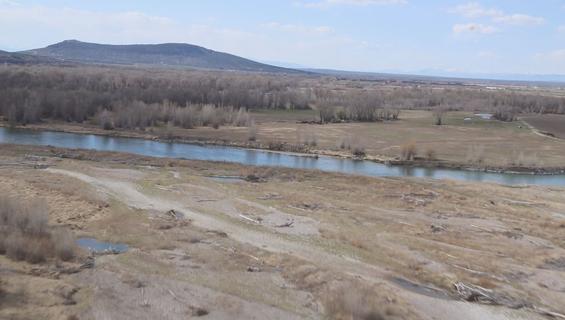 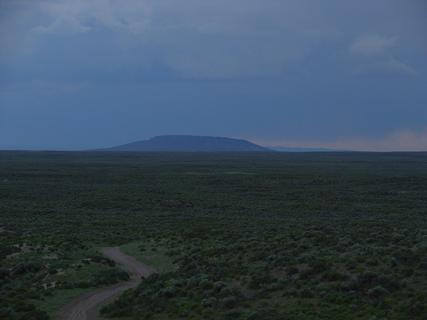 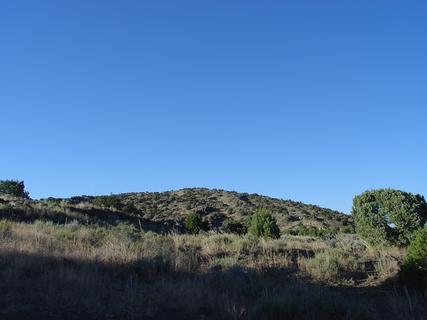 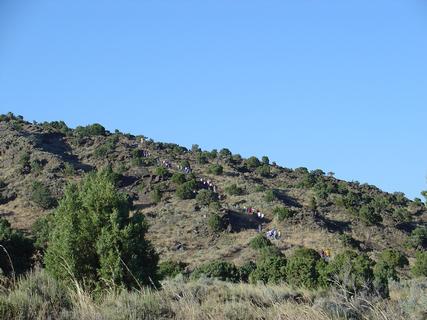 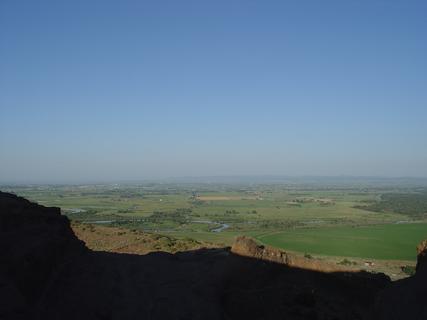 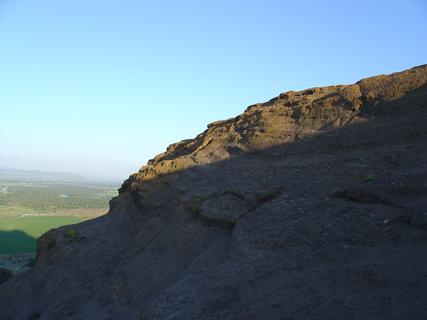 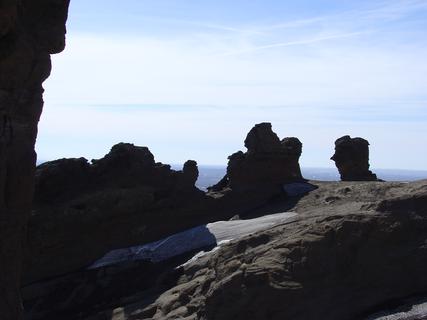 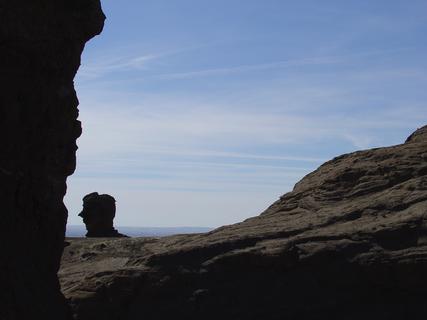 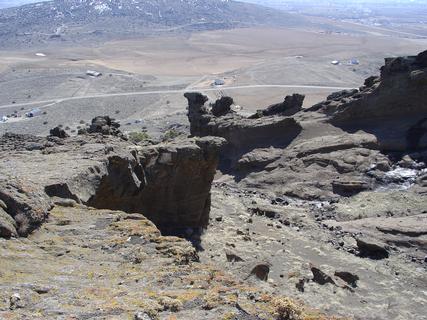 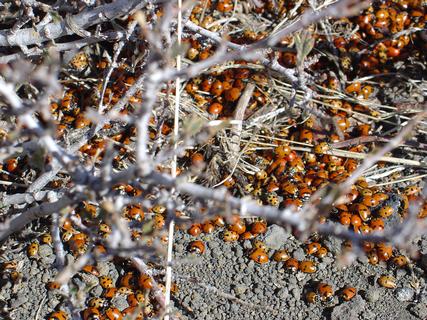 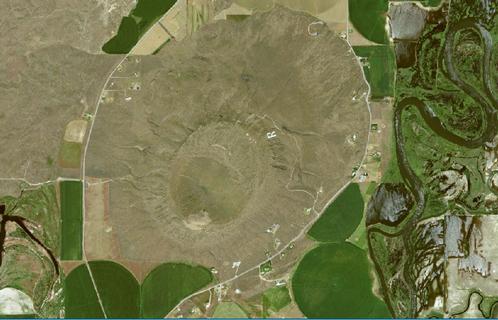 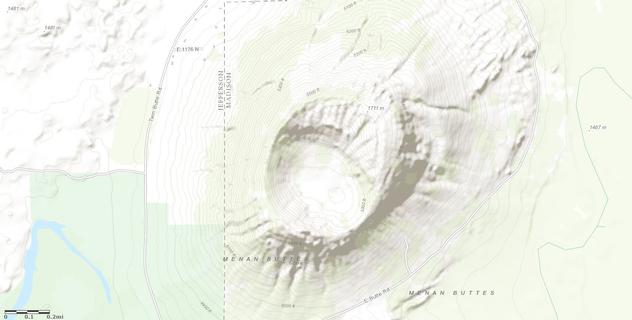