The Civil Defense Caves are large tubes formed from lava that snaked underground for thousands of feet. Because of the insulating qualities of lava, the interior of caves are cold, even on the hottest days of the summer. There is usually ice at the entrance to the cave. So be sure to bring jackets, and good footwear along with flashlights.

The caves get their name from the cold war era when caves were valuable in eyes of civil defense because they could be used for several different purposes including: storage or materials, natural bomb shelters, and military prisons. Even though the Civil Defense Caves were never really used for defense, (nor was the idea really that practical), it's still a fun place to go and pretend that a nuke is going off outside. At last check there were cement markers, sort of like headstones, that mark the way. One is off the main road (Hwy. 33) and the other at the fork. 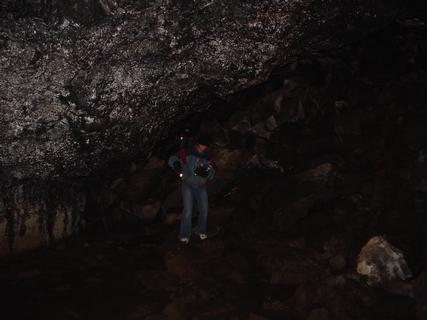 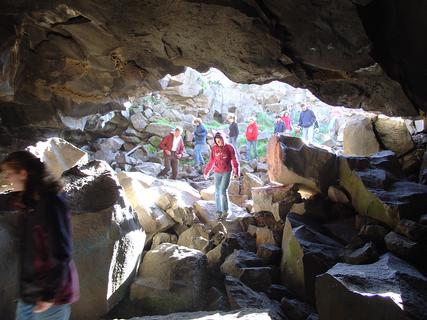